I'm Sherry Carson, and I have a voice 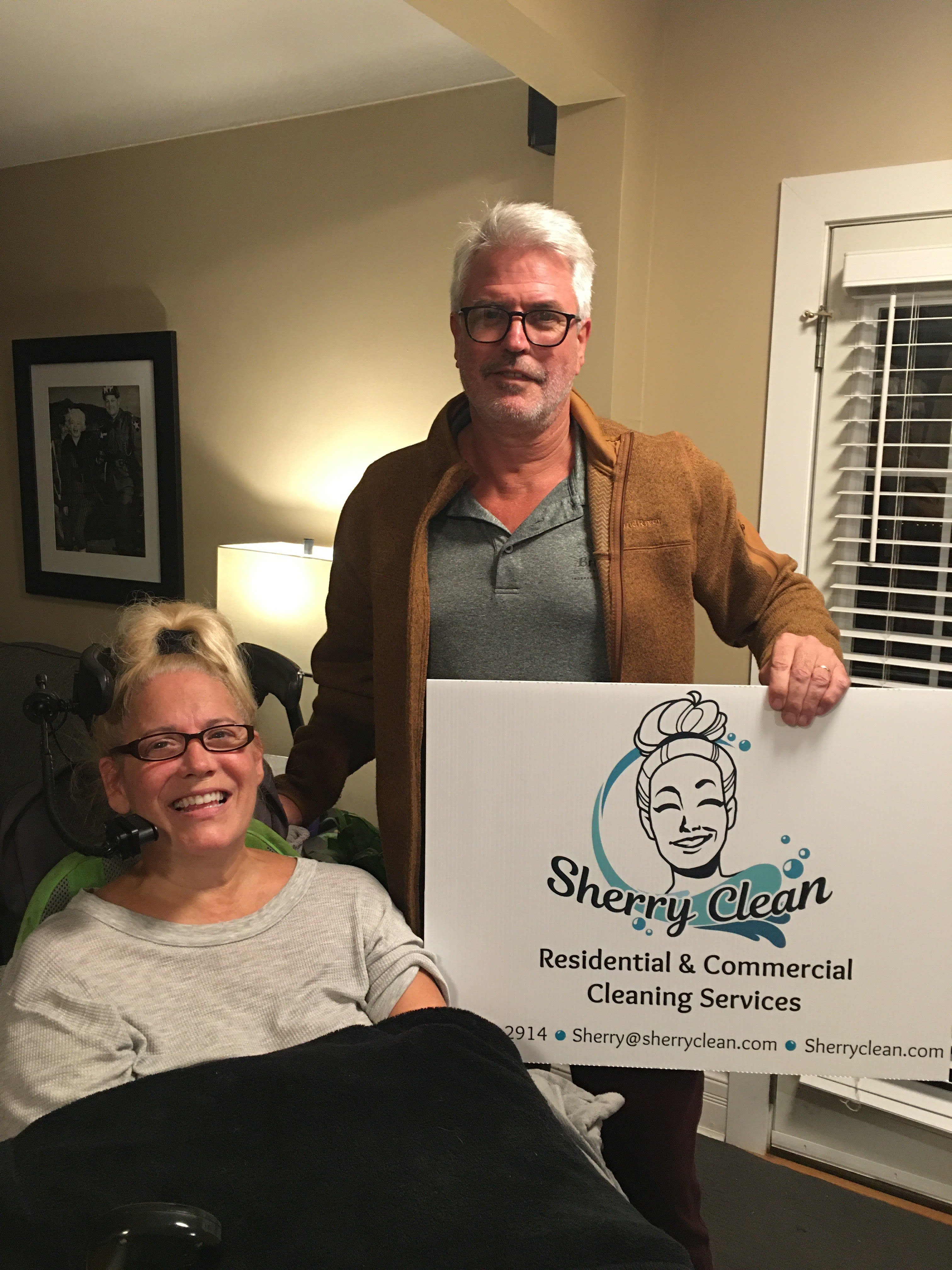 Sherry Carson first came to Hotel Dieu Shaver in 2015 after years of dealing with Multiple Sclerosis on her own. Find out what Sherry has been up too over the last seven years:

Seven years later, despite the disease making her body fully quadriplegic, Sherry continues to rely on the support and life-long lessons she learned at Hotel Dieu Shaver.

“What HDS prepared me for was using my most powerful muscle in my whole body, and that is my mind,” she says. “I don’t think I would have been so brave and independent had I not had the HDS team telling me all the things I was capable of instead of focusing on what I couldn’t do.”

“HDS also recognized that I needed updated equipment. I now have a head-controlled electric wheelchair.  Having my new wheelchair to get me around, I have not only been able to get involved in the town council meetings, but I’ve also been able to get out to get my nails done and do my daily shopping.”

Sherry credits HDS with being able to continue her very own hair care line of products, as well as starting a cleaning company. “HDS helped me to realize the potential I still have within myself,” she says. “Some of the long-term benefits I experienced from HDS were based around personal empowerment, and taking the “dis” out of disability.”

Sherry’s very first symptom, vomiting multiple times a day, told her and her husband Marty that something was very wrong. Doctors told her she was stressed, to relax more, even prescribing Valium and various depression medications. “The more pills they gave me, the worse I got.”

After visiting yet another doctor who wanted to increase her medications, Sherry and Marty had enough. She started holistic treatments to detox her body from the harmful medications, and even started yoga. After about a year and a half, she felt much better and was pregnant with her first son.

During the birth of her son, Curtis, now 19 years old, Sherry had an epidural. As the medication wore off, she noticed her big toe stayed numb. The permanent numbness gradually moved up her legs, to her chest and arms. She was diagnosed soon afterwards with Multiple Sclerosis.

Multiple sclerosis is an inflammatory disease in which the nerve cells in the brain and spinal cord are damaged, disrupting the ability of the nervous system to communicate. There is no known cure or cause for multiple sclerosis.

Multiple sclerosis is the most common autoimmune disorder affecting the central nervous system.  As of 2008, between 2 and 2.5 million people are affected globally. In 2013, 20,000 people died from MS, up from 12,000 in 1990. The disease usually begins between the ages of 20 and 50 and is twice as common in women as in men.

Despite the diagnosis, the Fort Erie resident kept herself active, doing yoga, going to the gym, camping with her family—going on 28 camping trips in three years. “I never stopped what I was doing,” she says. “I lived fast and furious.” She went hiking, jogging, biking. A personal trainer and private yoga instructor were hired to keep her muscles moving, even when balance issues started, then walking with one cane, then two.


They’re strong when we’re not strong

Sherry has been at Hotel Dieu Shaver for three weeks, and attended the outpatient program for six weeks. Prior to coming to HDS, Sherry’s husband Marty was her primary caregiver. “He was doing it all,” she says, “working full-time, caring full-time for me, taking care of the kids and house.” Since coming to Hotel Dieu Shaver, Sherry says they have more patience and understanding for each other and the disease.

She credits the occupational, physical and speech therapists for giving her a voice again. One of her favourite therapies is a piece of equipment a Standing Frame, used to help those confined in a wheelchair with weight bearing, osteoporosis, intestinal digestion, and breathing. “I like feeling the ground under my feet.” Her second son, 18 year-old Keaton, has career aspirations to become an Occupational/Physical Therapist, partly inspired by his mom.

“I’ve noticed more trunk and head control. Before, I wasn’t able to speak or lift my neck. I can move my head more freely. I can also yell at my husband now,” she says laughing.

The nursing staff, she says, were exceptional. “They were patient, kind, friendly, and knew how to work together. They are the ones working 12-hour shifts, flipping us in bed, giving us medications.” Sherry especially felt more comfortable when staff shared their own stories, of their children, parents, and struggles. “The nurses are compassionate, and I have new respect for them. The nurses are the ones holding it together. They’re strong when we’re not strong.”

“From the janitors to the cooks to the porters to the doctors, everyone says hi when they see you. Every one is treated with the same, with value, integrity and respect. They listened intently to what I needed and wanted.”

“I know I’ll be all right. This hospital has taught me that my most important muscle, the six inches between my ears, is still strong. For people like me, whose body is betraying me, the key factor to rehabilitation is to know that I’m still in charge. My mind is still working. Without that, I don’t think I would have the courage to leave here and go home.”

“I’m happy to leave, but in a way sad. The people here are phenomenal. I’m going home with a lot more skills, like coping skills, breathing skills. My brain is healthy, I’m more able to articulate my needs and wants. I have courage that I have a voice. I’m Sherry Carson, damn it!”

Sherry and her family are receiving funding to “pimp her ride”, customizing their car and home so that everything is ready for when she’s at home. She plans on starting a YouTube channel to document her journey and to help and motivate others going through a difficult diagnosis.

“We are so fortunate to be Canadian, to have the healthcare we have, to have places like Hotel Dieu Shaver. People take for granted walking and talking, living and breathing. I’m in a very grateful place. It’s my turn to pay it forward.”

If you need money, give it away,

If you need time, give it away,

If you need love, give it away.